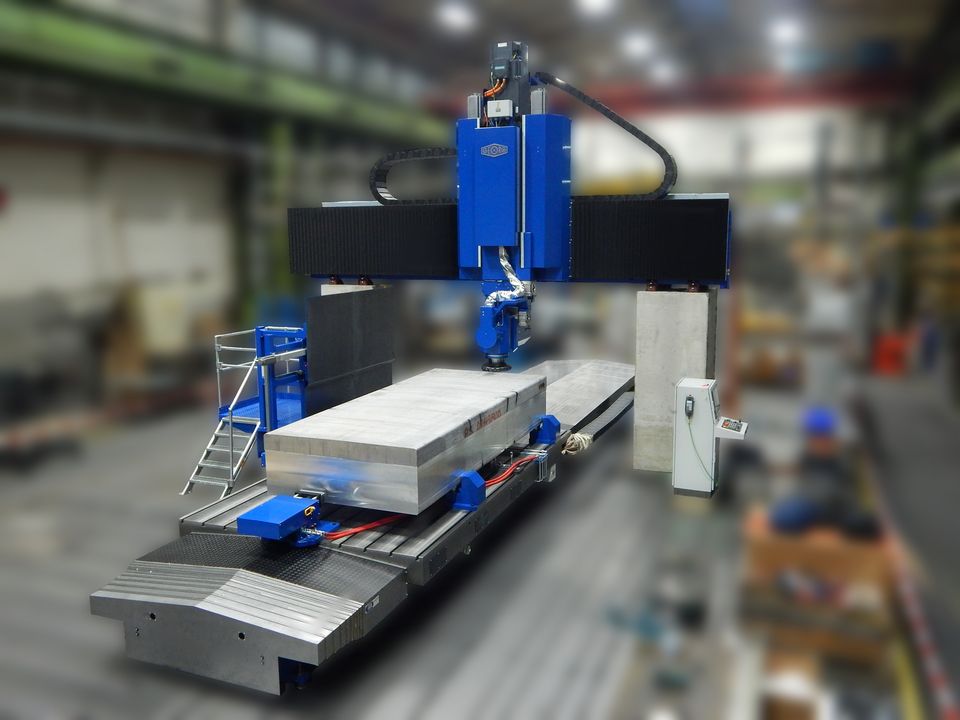 Kreuztal, Germany, 29 July 2019 GEORG will be unveiling its new ultramill series of portal-type milling machines for milling of aluminium ingots at the 2019 Aluminum USA. It machines all surfaces, including the end and side faces, in just two clamping cycles. A high level of automation and a high machining speed achieve a significant increase in system throughput compared to machines customary up to now.

In this machine, GEORG pursues a concept new in the milling of ingots: all handling and machining operations, from clamping to unclamping of the ingot, take place automatically. The machine thus achieves, on the one hand, exceptionally short processing times and, on the other hand, high machining accuracy.

The ingots are loaded automatically using a crane, precisely aligned on the milling table, and then hydraulically clamped. Following the also unmanned milling of the top surface and side faces, the ingot is automatically turned, reclamped and then finish-milled.

The machine thus achieves high productivity: the first example, manufactured by GEORG for a customer in Germany, will machine around fifteen to twenty ingots, with widths ranging up to 2,200 mm and lengths of up to 4,000 mm, in the course of a three-shift day.

Dr.-Ing. Wieland Klein, Technology Director at GEORG, considers it important that, ultimately, the man has the process under his control: "The new ultramill is our first milling machine for aluminium ingots to have such a high level of automation. We thus not only drastically reduce unproductive downtimes, the sensor system, in addition, provides the user with extensive feedback and in this way assures control of the process at all times."

The optionally integrated GMS (GEORG Maintenance System) diagnosis system permanently monitors the entire installation; it also, inter alia, detects tool wear. The machine data is relayed to the master computer, with the result that the machine is closely networked with other processes taking place in the plant.

2.362 Characters including spaces and leader