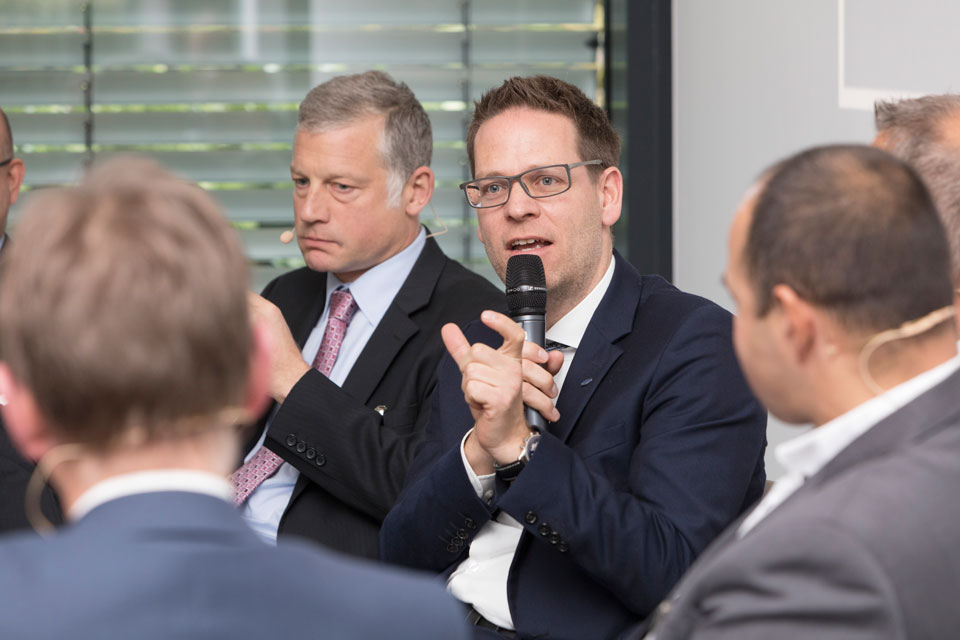 At the occasion of an in-house exhibition Heinrich Georg GmbH demonstrated its innovative power and adaption ability in special machine engineering.

Kreuztal, November 14, 2018. On October 30th, GEORG organized a “Tech Fair” in which more than 150 people from around the world participated. The special topics dealt with digitalization and its effect in customers’ production processes. By live demonstrations at real existing GEORG machines the medium size family owned company showed that it is already internationally well positioned in regards to digitalization and IoT in special plant and machinery.

The full day event was not only filled with presentations and speeches in the GEORG academy; at machines in two factory halls  the visitors could convince themselves to which high degree GEORG has already implemented digital technology and on which future technology the company is actually working.

As topics like “digital transformation”, “automation technology”, “predictive maintenance”, “condition monitoring” or “autonomous transport systems” are of equal general interest, the event was hosted by all three business division together for the first time.

For Mark Georg, CEO, digitalization is more than just a hype: “As a family owned enterprise we are planning long term and have already decided to use the chances of digital transformation early and consequently. Although we have by far not yet reached our goal, already today by using the interlinked systems, high volume of data information and our world spanning communication network, our customers can produce much more efficient and secure their competitiveness.”

By demonstrations on various types of machines GEORG demonstrated how far digitalization has been implemented already:

In the last years GEORG has undertaken the step from a pure machine builder to a digital company. Most of the innovations have been developed inhouse. Cooperations with the Siegen University, RWTH Aachen, Fraunhofer Institute and other partner companies light the way into the future. Experts from different science fields discuss at GEORG’s Denkwerk, a concept that had been developed in 2015 already, about future challenges, tentative future technologies and new business models.

During a panel discussion with participants from the steel industry Mark Georg underlined that the efforts in organization development of his highly diversified company have shown good results already. “Besides the enormous chances which we see in new technologies, we also had a look on optimizing working structures and processes in a way of a flexible cooperation considering the changes in technology and society.”

4.198 Characters including spaces and leader