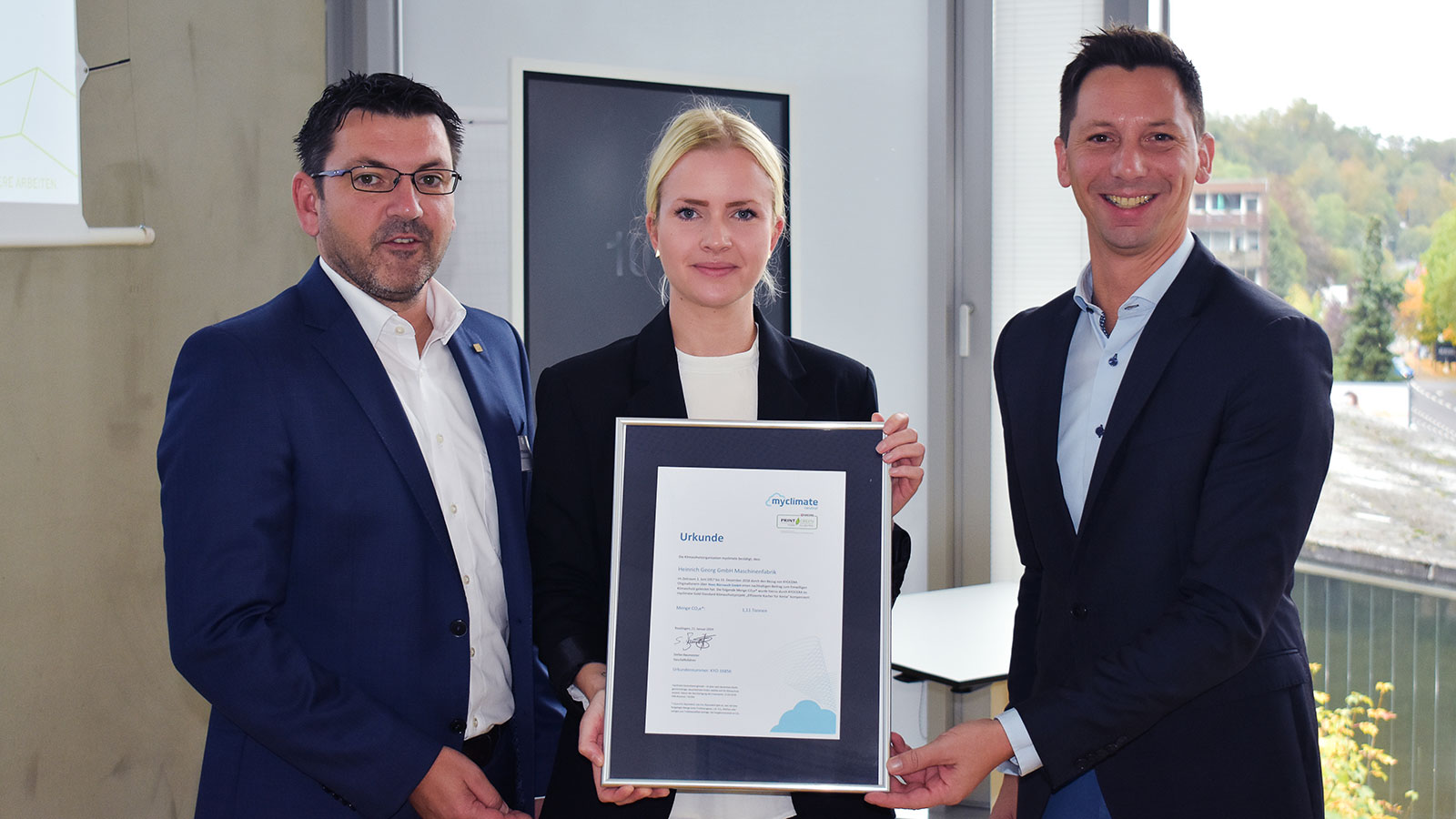 GEORG once again honoured for its efforts in climate protection

Already for the second time in series GEORG has been awarded for its exemplary efforts in climate protection by councelor Andreas Müller.

Hees Bürowelt and KYOCERA honoured GEORG for using toners from climate neutral production. The CO2 amount arising by production and usage of toners  is neutralized by the climate protection projects of myclimate.org.

One of  the numerous KYOCERA climate protection projects of myclimate supports the expansion of efficient and climate neutral cookers in rural areas of Siaya region in western Kenia. Even jobs are created by producing these cookers locally. Within the KYOCERA climate protection project already more than 59.000 efficient cookers have been installed.

This is not only a good contribution for the environment but also a sustainable support for the people in Siaya region: Thanks to the climate protection project the living conditions of more than 300.000 people could be improved.

“Responsible and sustainable acting represents a central element of GEORG’s company policy. This is why we feel honoured and proud by the award even more“ states Anna Schlabach, head of GEORG Academy, when she received the award on behalf of the company.