When GEORG introduced the GEORG precisioncut TBA400ecoline first in 2010 nobody expected that this model would be such a success story as we know now. Now we have sold almost 30 machines to customers all around the world. Some of our customers already have their second machine after having experienced much success in the operation of the first GEORG precisioncut TBA400 ecoline.

Furthermore the second hole punch (if the customer decides to include it in the scope of supply) will be equipped with a motorized cross adjustment, that allows to punch the hole with the second hole punch also off the centre line. This is an important feature for core designs with flat (asymmetric) yokes.

With this additional feature we enlarge the possibilities of the GEORG precisioncut TBA400  ecoline 2.0 to allow an even broader range of customers to use the advantages of the machine. 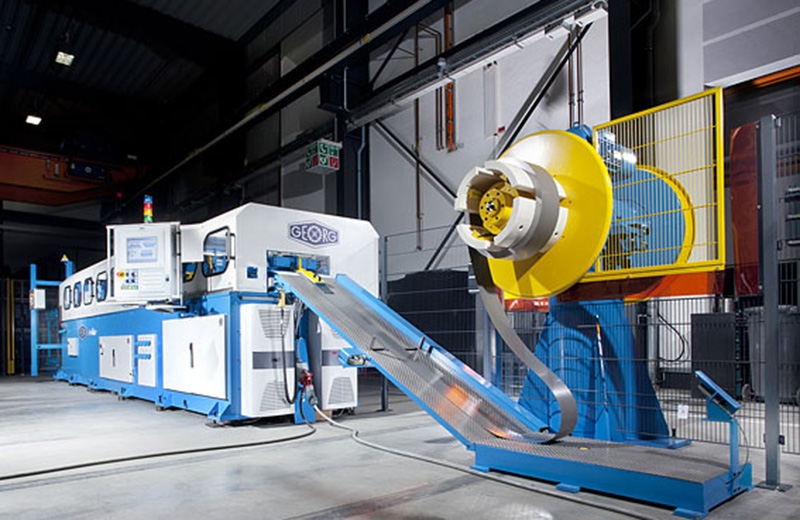